Back in the 1980s, a group of Irish prisoners died during a self imposed hunger strike. Seven died within two months. Without water, a person can’t survive more than a week or two. Without doubt, dehydration and malnutrition wreck havoc on the human body.

And yet, despite the obvious and well documented dangers that nursing home dehydration and malnutrition lead to, nursing homes like Alden Orland Park continue to allow residents to waste away while in their care. 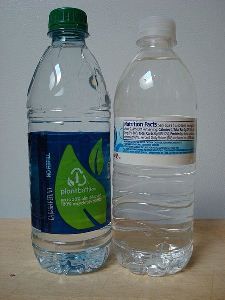 It’s impossible to say exactly how long the resident at Alden Orland Park was kept without water. It is known that between November 6 and November 13 there are no entries noting fluid intake whatsoever.

Typically, a nursing home will draw blood from a new resident and run a battery of tests. Then, every time a new sample is taken, it will be compared to the first results. Because everyone’s blood has slightly different chemistry, it is essential to have a “normal” to compare to.

By the time the bloodwork was drawn, it was clear that the resident was in dire need of help. The results showed nitrogen, creatinine, and sodium levels to be far outside the norm. Yet the woman’s physician was never notified.

After being admitted to a nearby Orland Park hospital, doctors found that she was suffering from dehydration, severe free water deficit, and fecal impaction (another deadly symptom of dehydration).

Other blog posts of interest:

What our clients are saying

I found Mr. Doyle through a different firm that recommend him. My experience working with him was positive and rewarding.
—Gayetta S.

I very much felt that I could rely on Barry. He answered all my questions and explained the strengths & weaknesses of my case.
—Geri

Working with Barry was easy. I asked a question on the internet, and I got a response from him. It was so easy, it was unreal.
—Brian A.